See HF decoding info in the FAQ section or here

Assistance with tracking is appreciated.

The balloon has been travelling East in the last few days, arriving and leaving New Zealand at the Southern end yesterday.

Due the change in propagation condition, JT9 and WSPR reception has been very localised to ZL and VK stations. 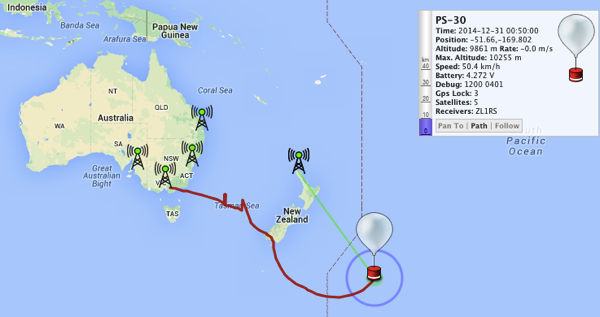 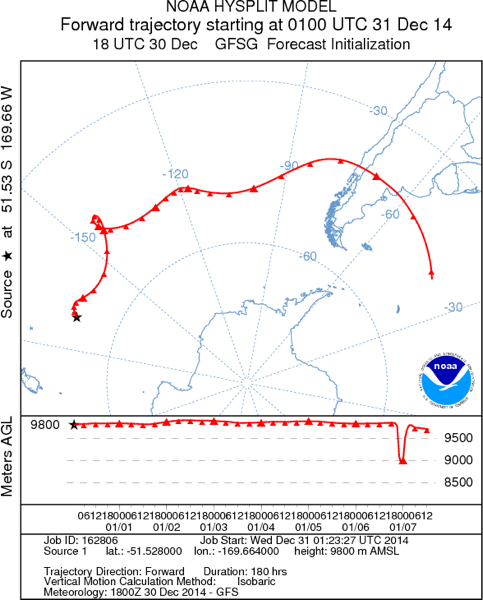 PS-30 did a small loop yesterday, and has been heading East again.
The HF condition has been the same. Will be interesting today as the balloon will get some distance away from VK and ZL. 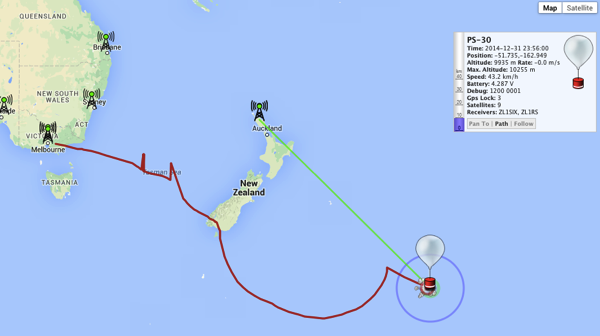 It would be great if stations along the Pacific and South America can have a listen for the telemetry at the scheduled time. This is what the waterfall looks like: Entering 6th day of the flight. We are so lucky to have a team of core trackers that has been around every day tracking the balloon.

HF condition is still the same, the balloon is more than half way between Australia and South America, about the same pace as the previous Melbourne-Brazil trip that took 11 days. First day of the second week was a quiet one. The balloon did a loop for the whole day and didn’t cover much ground distance. The prediction shows a more directly path towards the East from now. The balloon continued to travel East towards South America in the last few days.
It has been quite challenging for the tracking stations, as the sunset time has been getting earlier, and start overlapping with propagation time when the signal could be heard in ZL and VK just as when the balloon went to sleep.

Big thank you to the new stations joining the tracking in the last few days, making this a true international exercise!

Prediction shows we will be crossing into Chile early tomorrow morning. 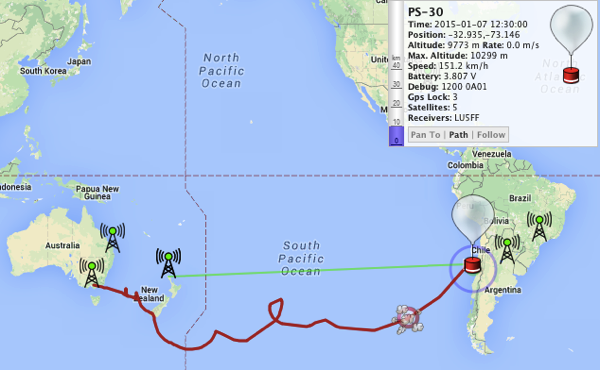 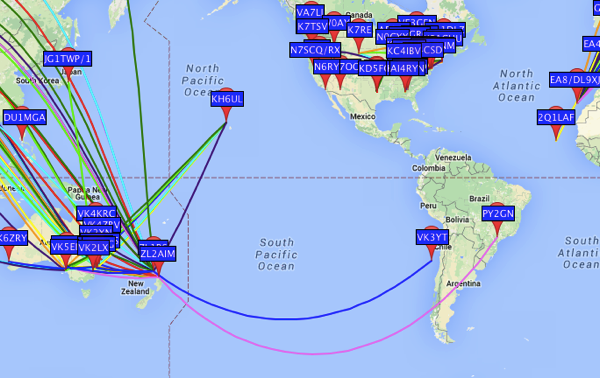 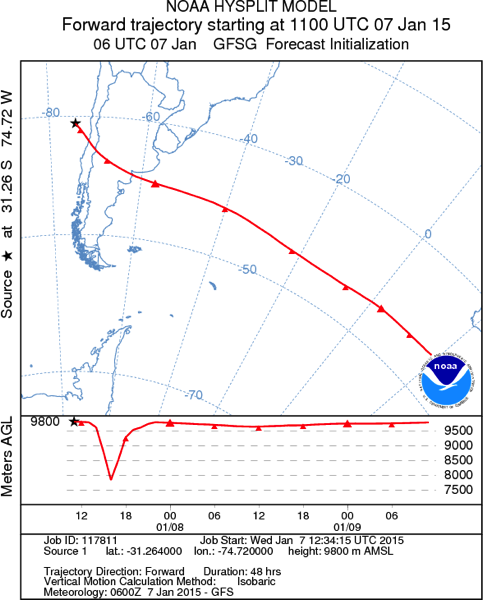 We are in Argentina 🙂

It would be great if anyone along the path can have a listen and try to decode any JT9 signal on the designated frequency, starting at around 6:00UTC when the balloon will be in the sun and transmitting.

We would love to get signal reports, please send them to vk3yt@comms.net.au

There was a massive international effort to track down the balloon after PS-30 wasn’t heard from since 22:50 7/1/2015 UTC. After two days it started to look like PS-30 was lost, but at 6:10 UTC today (10/1/2015), ZS6KN started to send in telemetry from the balloon, showing its location just over the coast off South Africa/Namibia. 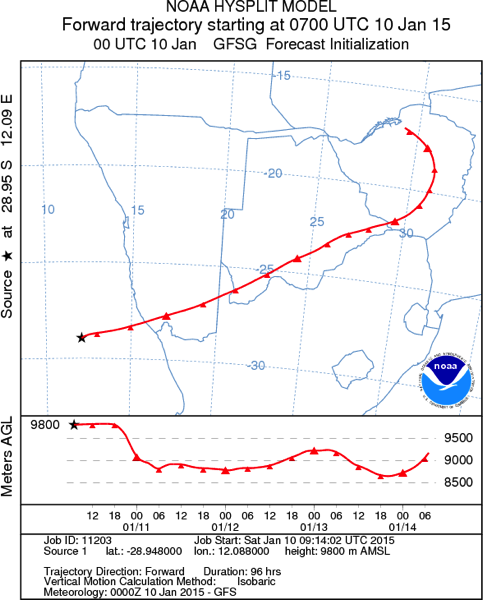 It is just phenomenal that we received so much help at very short notice.
Thanks everyone, and hope you will follow the balloon for as long as possible!

It doesn’t look like PS-30 is in any hurry to go home. Overnight telemetry shows the location as still on the West coast of Africa. 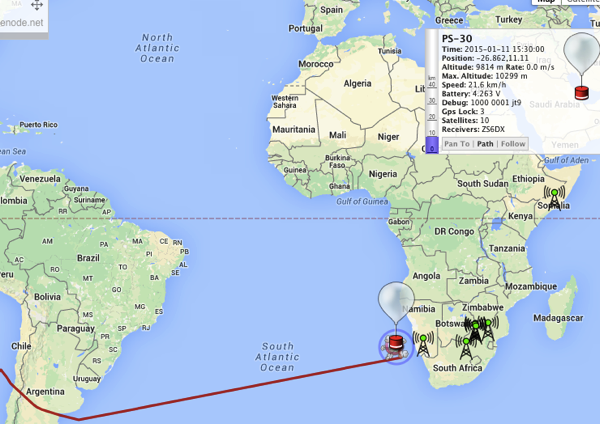 We also had some additional WSPR spots from ZS 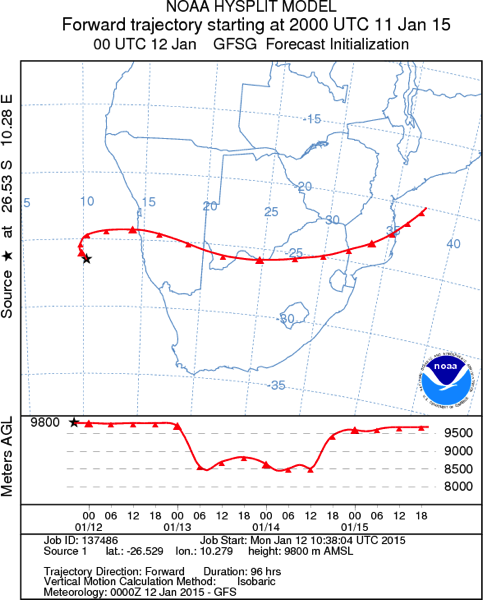 The balloon finally got inland after many days wandering off the coast.
The ZS stations are doing a great job with capture telemetry packets from PS-30. 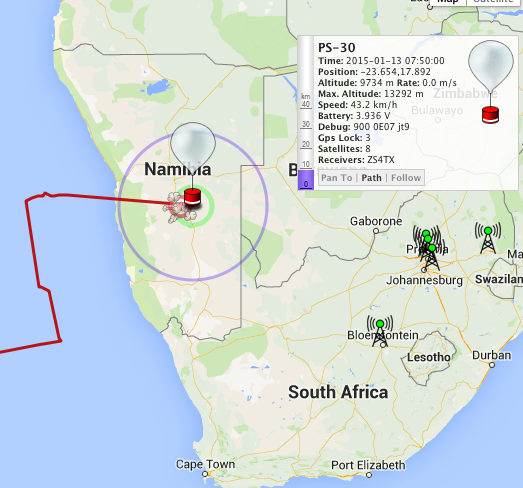 PS-30 left Africa coast last night, said farewell to the amazing continent that has been hosting it the last few days! It was a great day for telemetry as well, packets were coming in non-stop from morning to night, from multiple stations. 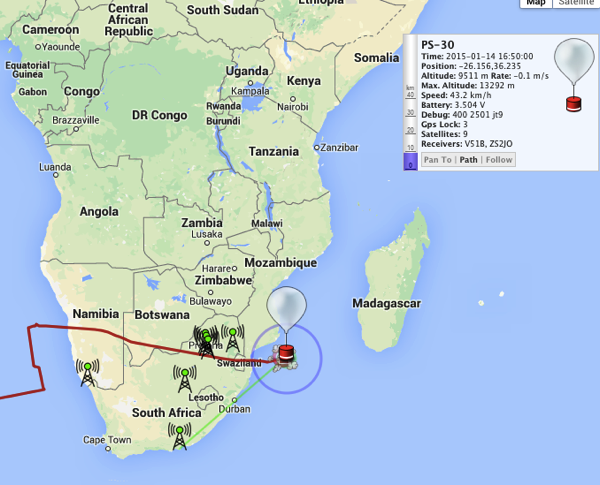 Looks like it is straight to Australia from here: 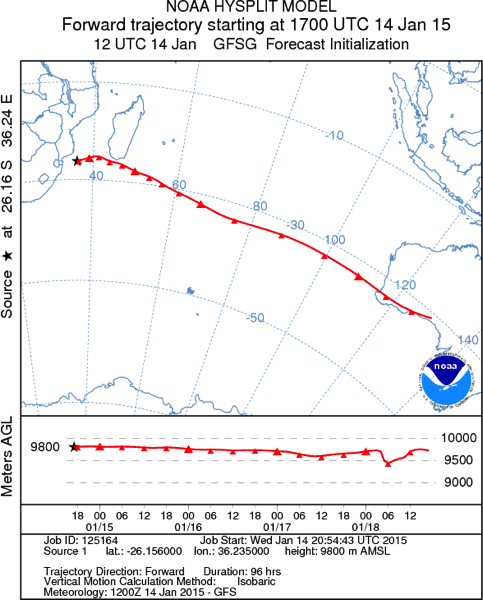 There was some bad weather in the region, but speculations also include the possibility it was brought down by the naughty Penguins on the Island. 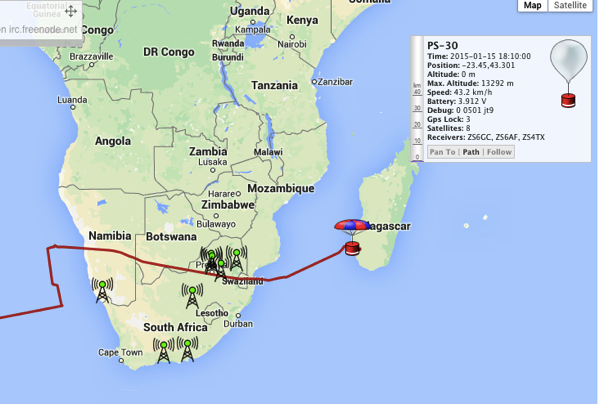 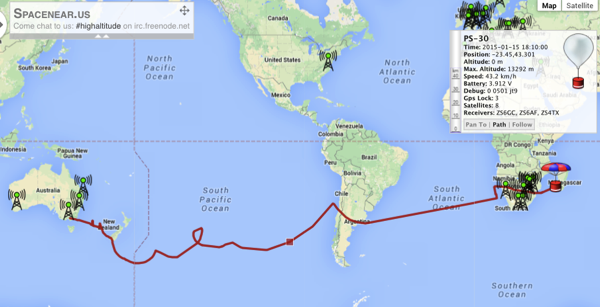 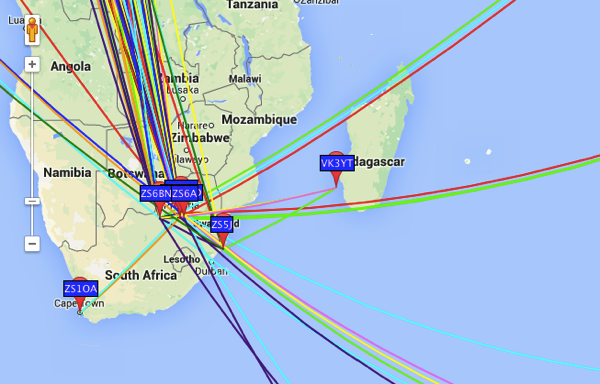 A big thank you to everyone that have assisted with the trip in many ways, from tracking, to sending feedback, words of encouragement, and getting help when needed. The level of interest from all around the world has been amazing. The trip would not have been so successful without the collective effort of the like-minded community built-up along the way.

See you at the next trip!