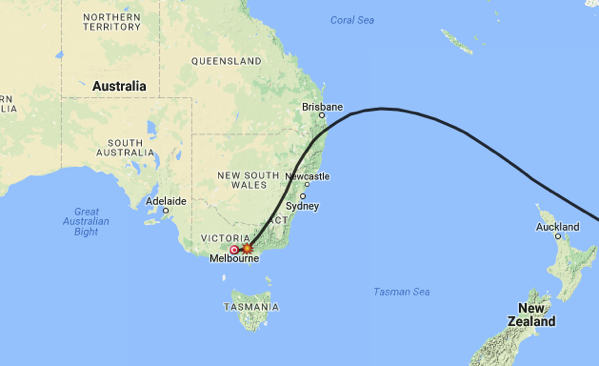 PS-68 had a 24H run along the East coast, and took off to the east towards New Zealand near Brisbane this morning.

PS-68 was in range of ZL1RS at 20:36 AEST last night, at the same time arriving at a weather front. The weather caused the balloon to descend and change direction, and stayed out of LOS range of ZL stations until 7:21am this morning (AEST), when it started its tour of New Zealand. 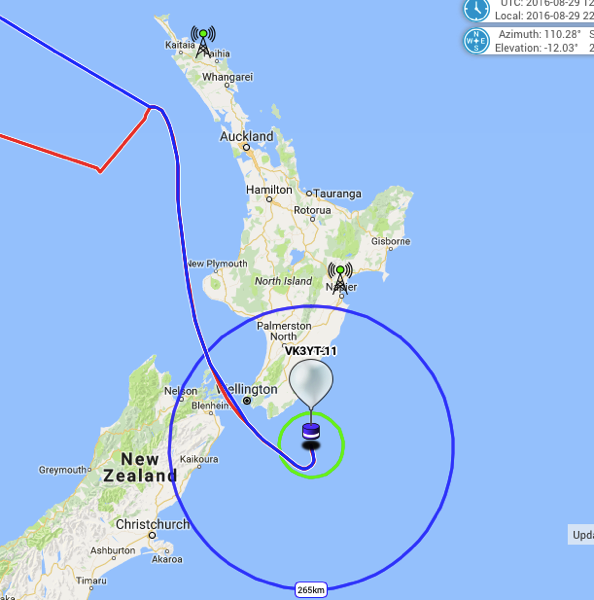 After arriving at the East coast side, and just before it was time to leave , the balloon descended again, changing direction towards land.

PS-68 spent another day over North Island before heading into the Pacific at 15:34pm AEST today. 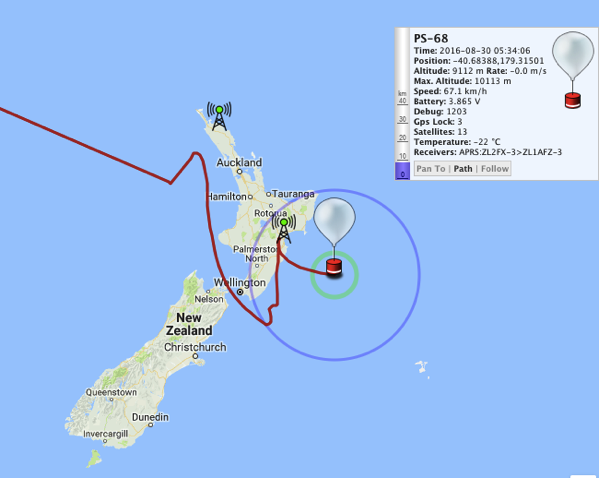 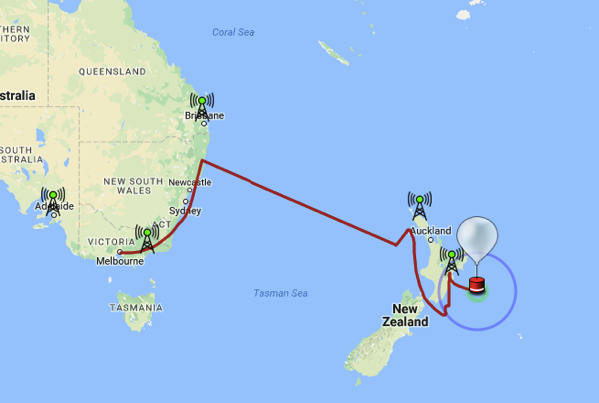