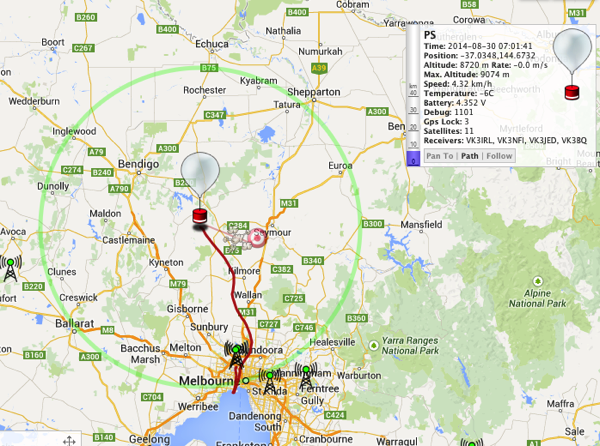 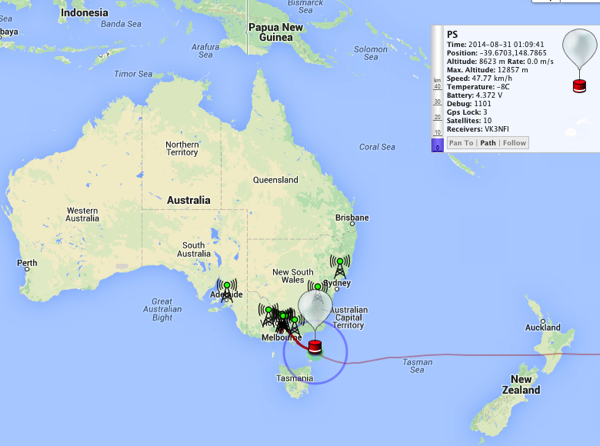 Prediction shows the balloon will loop over Tas, VIC and NSW over several days. 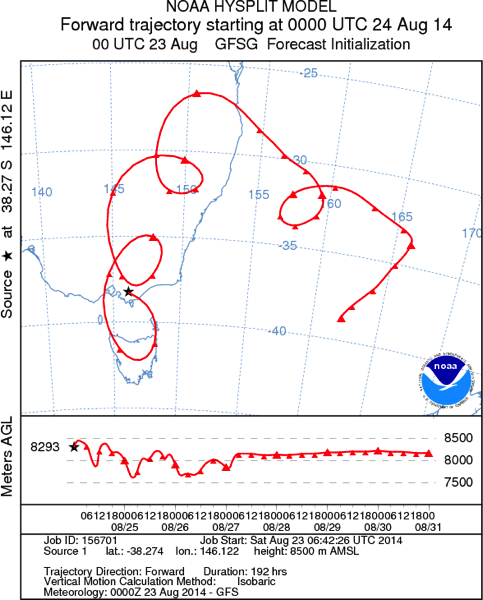 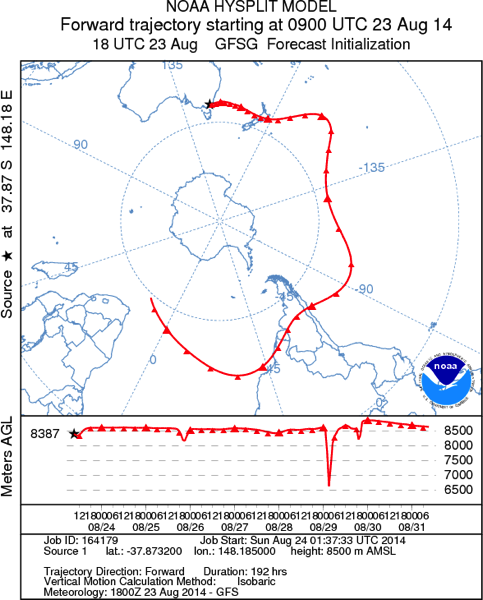 PS-16 was released from Melbourne on 12/8/2014, and took a different path from other PS flights: towards Adelaide, South Australia. 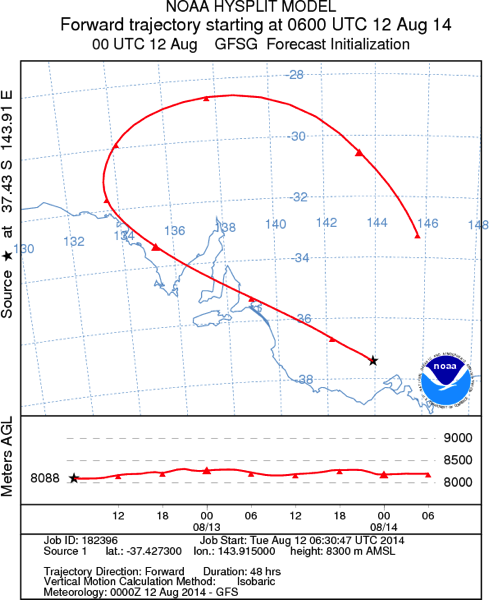 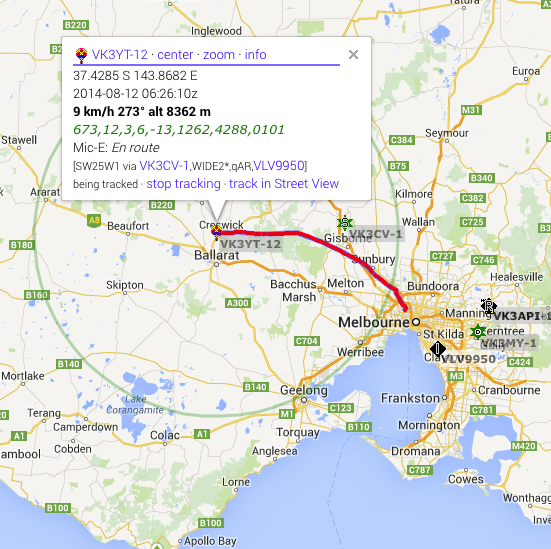 As of 5:30pm the balloon was travelling very slowly towards Ararat.

Wow that was the first PS trip to Adelaide from Melbourne, and the furthest west a PS Pico balloon has travelled. It is not very common to see such unusual wind pattern. 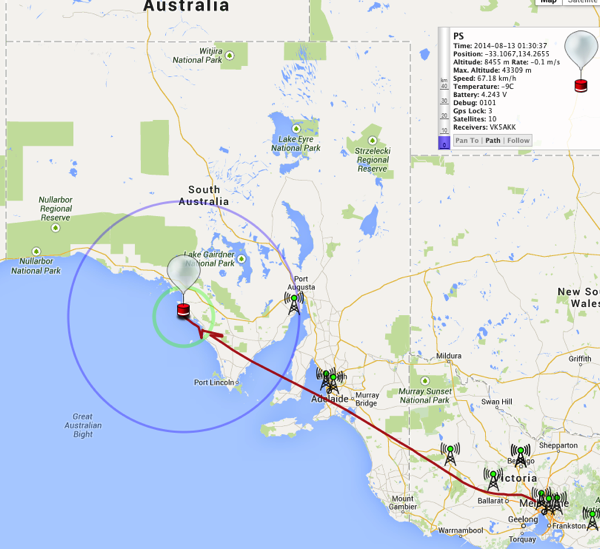 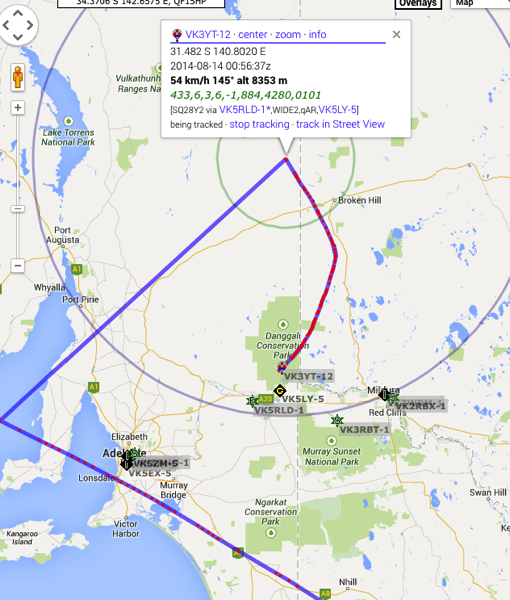 Prediction for the next few days: 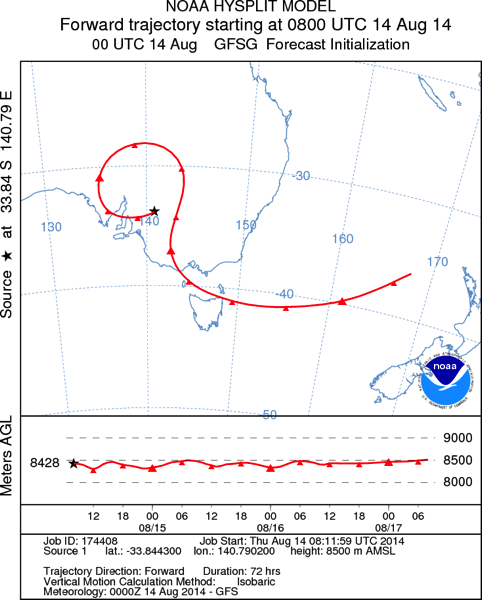 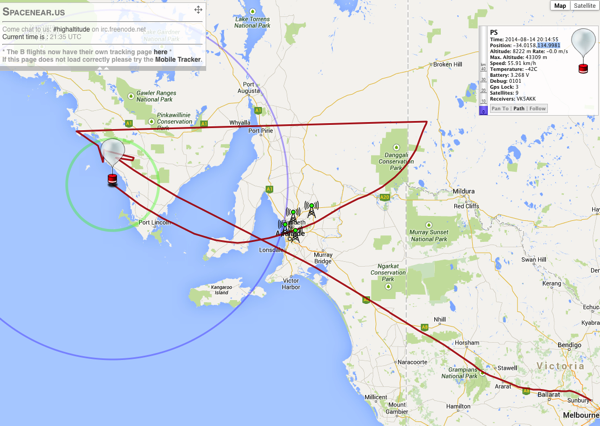 Looks like there were some changes in the wind pattern, the balloon did another loop around Adelaide 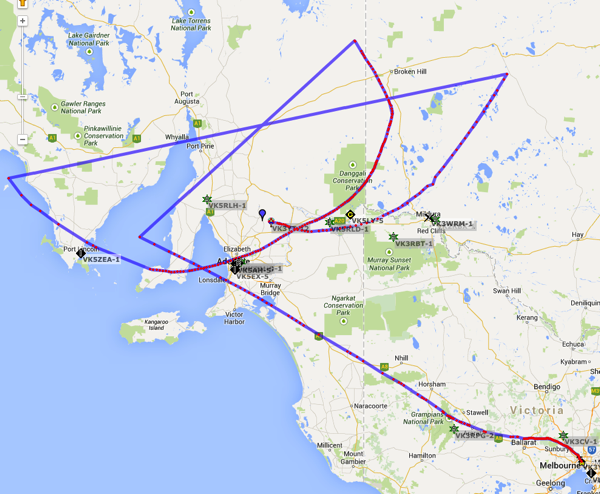 The balloon landed and was picked up by Bob VK5FO and Ray VK5RR.

The payload was on the wet grass which killed APRS transmissions, but they did a great job with locating and retrieving the payload, using a combination of DF and software decoding to track the UHF signal. Thanks guys!

PS-15 is a last minute release from Melbourne, with predicted path to NZ.

This is a non-solar payload, and APRS only. 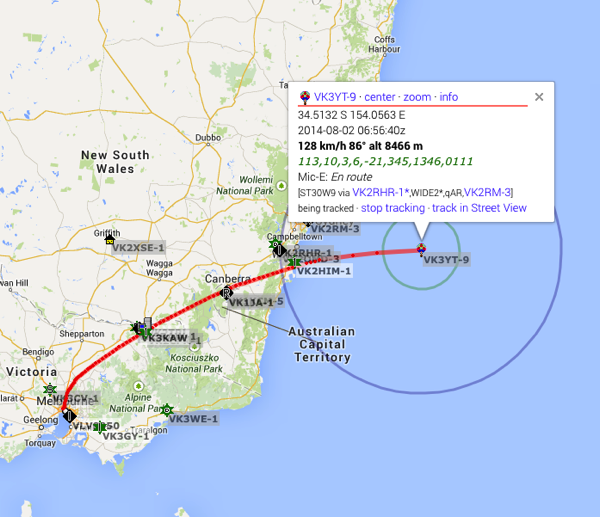 Prediction shows the balloon will arrive around 6:30am local time tomorrow. 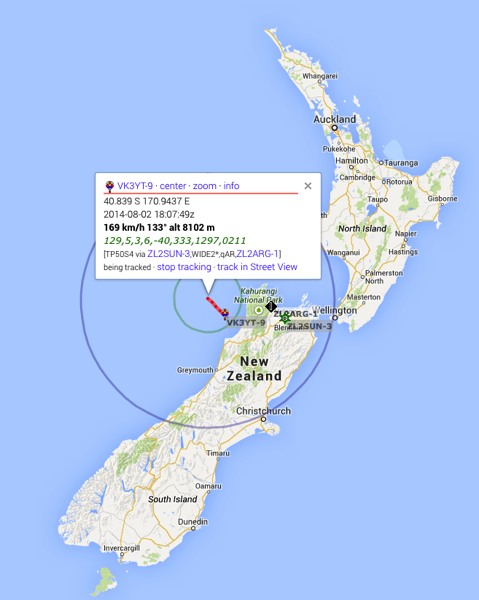 Range to first iGate ZL2SUN-3 was 200km, after the balloon cleared the Kahurangi national park

Temperature was -42 degree Celsius before Sunrise, and climbed to -12 after Sunrise. 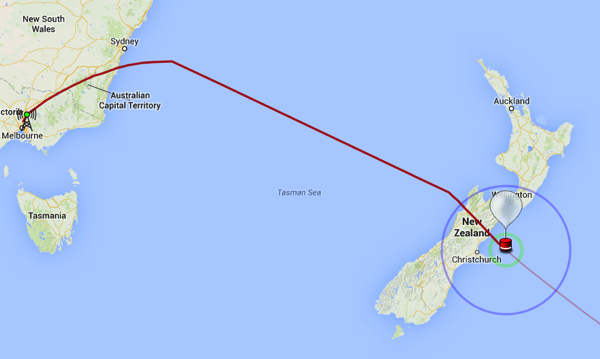 This was the fastest PS balloon trip to NZ so far, from Melbourne to NZ in 19H.
Total travelled distance 2998km
Average speed 157kph