PS-58 is still flying after close to 4 weeks in the air.

It crossed the equator a few days ago, flew over El Salvador and Honduras then Jamaica, and passed between Cuba and Haiti before safely navigated the Bermuda triangle. 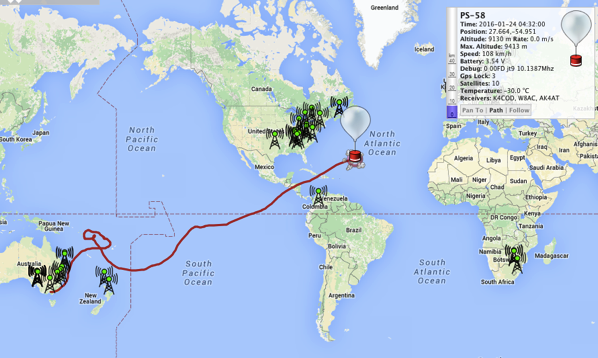 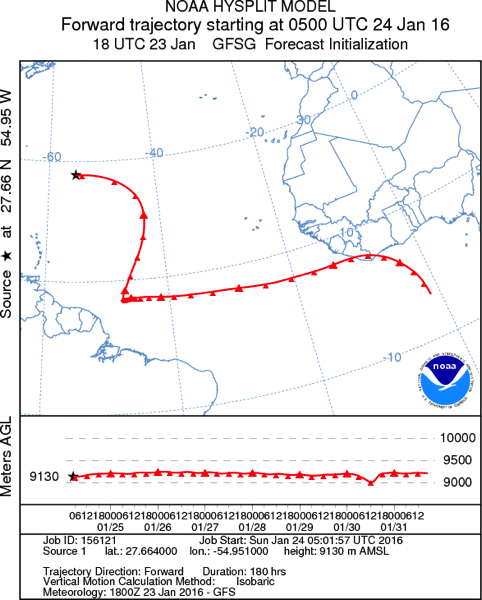 Thank you everyone for assistance with tracking, the additional coverage has made PS-58 the best tracked PS balloon so far!

See you next time!

With all initial pre-launch testing looking perfectly normal, PS-56 was released at 7am on Sat 28 Nov 2015.

Shortly after launch it was obvious that something was wrong, there was no WSPR or JT9 data. The payload was continuously resetting itself every 8-10 minutes, sending the default Morse sequence of “VK3YT QF20bc 0000 XXXX” where XXXX is the battery voltage. It appeared that the GPS could not acquire lock at all.

Not giving up easily, the hardcore trackers from VK and ZL were getting prepared for the challenge of tracking a party balloon without GPS.

Using the sun greyline at sunset and sunrise, antenna bearing and wind prediction, the position of the balloon could be estimated.

This is all the info sent from PS-56 when in sunlight, every 8-10 minutes:

PS-56 was tracked like this continuously for a week by Bob ZL1RS, before it got to South America. As expected, the balloon got out of range, and we thought it was the end of it. This was around 2nd December 2015.

On 13th December, Bob reported a possible sighting of PS-56 on the waterfall:

It is the tiny spec of signal directly under the 1000 marker, above the second horizontal line from the bottom.

Bob further narrowed the position down to an area between South America and South Africa using his array of Beverage antennas: Many ham operators devoted their time and equipment to search for PS-56, with a number of unconfirmed reports.

Fast forward to Sat 19th December, when John VK2FAK and Joe VK5EI spotted PS-56 with strong signal strength at around 11:00 UTC The sunset time was around 11:44 UTC when the last transmission was heard: On Sunday morning Bob ZL1RS was receiving the first wake up packets from PS-56 around 17:40UTC. The positions of the Beverage antenna, the sunset and sunrise time estimates the position of PS-56 to be around 55 degree South, and 150 degree East at the time.

This provides confirmation with a large degree of certainty that PS-56 has completed its first circumnavigation of the Southern Hemisphere, and still flying, all while being tracked without a working GPS! A huge thank-you to everyone for assistance with tracking of PS-56. Even if no signal was received, your participation helped to keep the spirit up through the trip.

Special thanks to Bob, John and Adrian for not giving up! 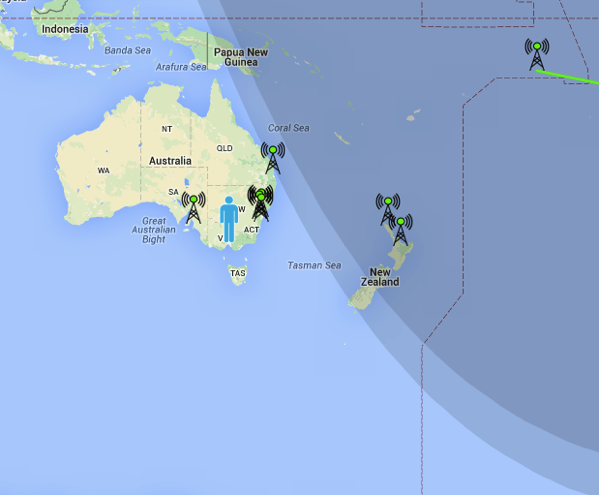 And wind pattern around the area: 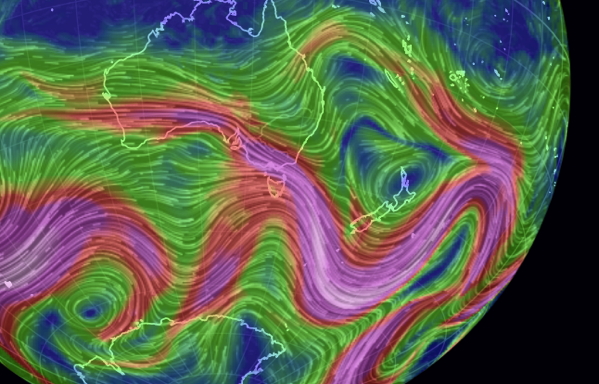 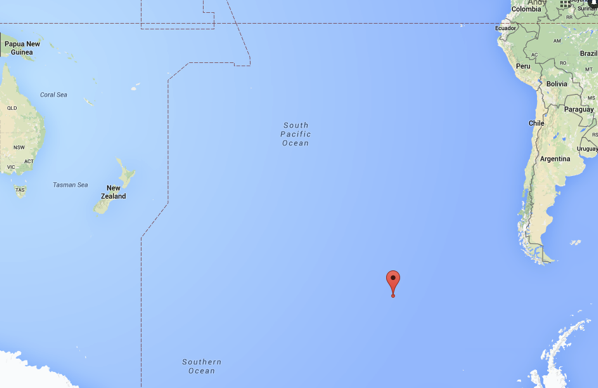 PS-56 is heard from again today, loud and clear from VK and ZL. From the antenna bearing and sunset grey line, it is estimated to be somewhere in the Great Australian Bight, South of VK5. 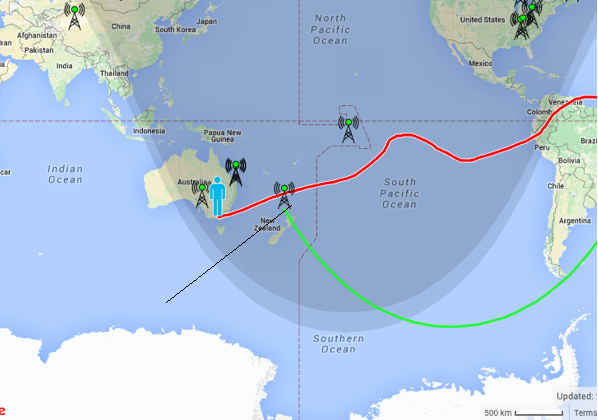 This is the sunrise greyline at 18:20 UTC 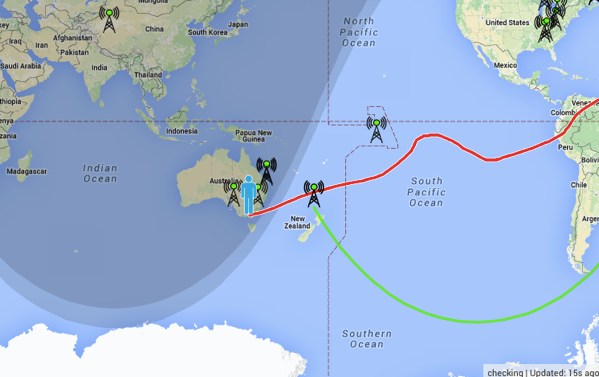 The estimated night time at PS-56’s position is around 6 hours, which projects the latitude to be about -57 degrees.

Bearing from ZL1RS this morning is around 195 degrees, which places PS-56 at around 163E longitude. The windspeed across the predicted path is up to 300km/h 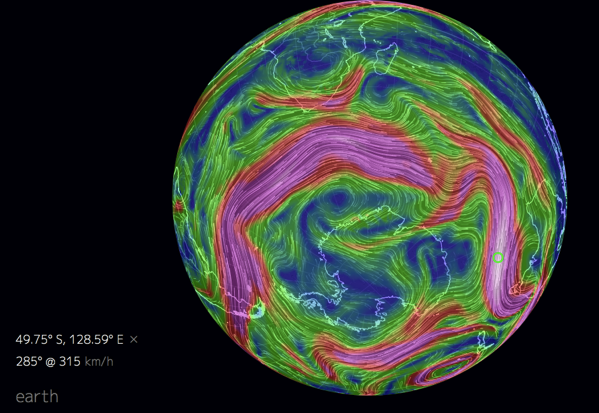 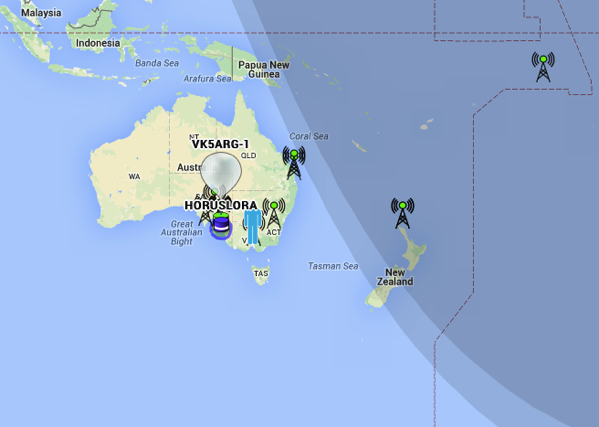 Based on the estimated bearings from RX stations and the last few sunset/sunrise grey lines at balloon location, it is most likely that PS-56 has completed the second circumnavigation, and is on its way up North across the Tasman sea.

Thanks to everyone again for the great tracking effort, especially John VK2FAK and Joe VK5EI for the early detection of the balloon on the way home and Bob ZL1RS for building up accurate estimations of the flight path using only CW data from the balloon. 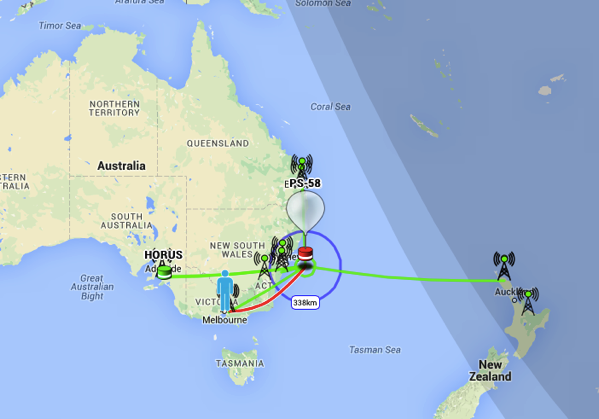 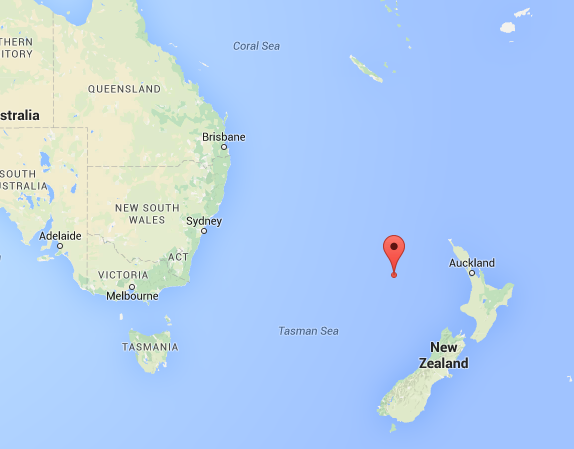 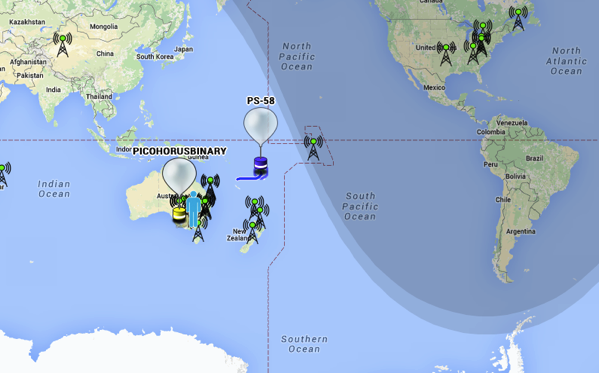 From the bearings it is roughly East of New Zealand, i.e. half way between Australia and South America. PS-57 move to within 5.8 degrees from the equator before turning South-East: 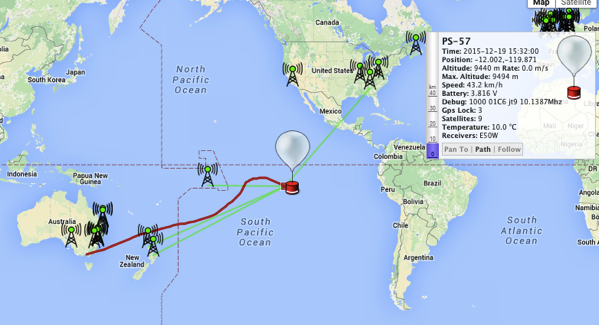 PS-57 crossed the equator into the Northern Hemisphere this morning. Currently PS-57 is 9000m over Colombia, heading towards Venezuela: PS-57 is mid-way across the Atlantic 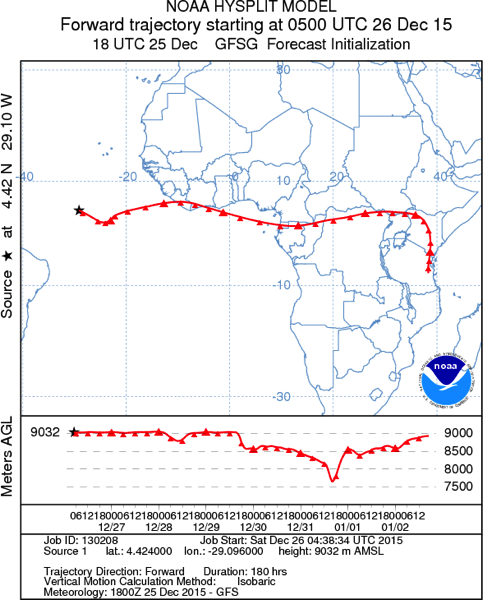 PS-57 survived some rough weather in the last few days, with multiple loss of altitude

It appears to be stable in the last 24H After 4 weeks, 1 day and 18 hours of flying time PS-57 went down in the middle of the Indian Ocean last night, taken down by bad weather.