Balloon is expected to travel west to SA first before heading north to NSW.

Aim: Comparison of THOR16 and RTTY working with TCXO

The balloon was brought down by rain shortly after release :(.

Landed in Flemington Racecourse, the payload and balloon were recovered successfully. 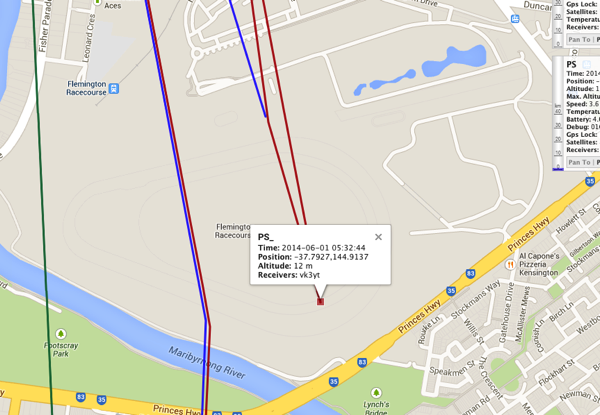 Relaunch is planned for coming Friday.

The payload was re-launched at 8pm with a new balloon. Looks like it was still wet up there, the balloon got to 2152m before losing altitude and landed in the bay. 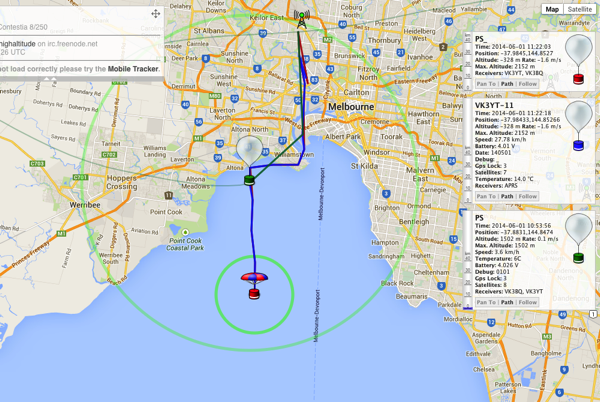